Breakfast at your hotel in Cairo and then meet your personal guide who will accompany you to Giza Plateau to visit one of the seven wonders of the ancient world The great Pyramid of Khufu’s (Cheops), 3small pyramids You will continue to explore the rest of Giza plateau including the sight of Khafre’s (kaphren) pyramid - Khufu's son, the second-largest pyramid on Giza site,, the remains of the funeral temple, the pyramid of Mankawra( Mykerinus) and 3 small pyramids. Then proceed to visit the Great Sphinx, the head of a pharaoh with a lion's body, which dates from the time of Chephren; the tour also includes a visit to the Valley Temple, which belongs to the pyramids of chefren This temple served definitely two functions: First, it was used for the purification of the mummy of the king before its burial. Second, it was used for making the Mummification process of the king. After visiting the pyramids, you'll then continue across the plateau for a photo opportunity of the three pyramids rising from the sands, with the Cairo skyline in the background.
Proceed to have your lunch at local restaurant
Then Move to visit the Step Pyramid of Zoser, the world's oldest major stone structure. It was built in the 3rd Dynasty (around 2630 BC) for King Djoser, the museum of Imhotep, the tomb of a high official, the pyramid of king titi, the pyramid of king unas, and see the pyramids of Dahshur from a distance.
After that transfer to Memphis, which was founded by King Menes, and was the capital of Old Egypt during the Old Kingdom, it was considered to be a center of rule and culture for over 3000 years the first capital of Egypt, The city reached a peak of prestige under the 6th dynasty as a centre for the worship of Ptah, the god of creation and artworks. The alabaster sphinx that guards the Temple of Ptah serves as a memorial of the city’s former power and prestige. The Memphis triad, consisting of the creator god Ptah, his consort Sekhmet, and their son Nefertem, formed the main focus of worship in the city. Memphis declined briefly after the 18th dynasty with the rise of Thebes and the New Kingdom, and was revived under the Persians before falling firmly into second place following the foundation of Alexandria and see the Statue of Ramses II-16 meters high, the alabaster sphinx you will be transferred back to your hotel.

Breakfast at the hotel and then you will be escorted by your private guide to visit: The Museum of Egyptian Antiquities, known commonly as the Egyptian Museum, in Cairo, Egypt, is home to an extensive collection of ancient Egyptian antiquities, and dates back some5000 years of art which is considered the largest most precious collection of Egyptian art in the world. Over 250,000 genuine artifacts are presented, with a representative amount on display, the remainder in storerooms, The Egyptian Museum which is filled with thousands of Pharaonic artifacts, including the golden treasures of King Tutankhamen. Fascinating objects such as jewels, headdresses, alabaster vases and toys from ancient Egypt are all on display, and many priceless statues and other artifacts can also be seen which was enclosed in his tomb for over 3,500 years before it was discovered in the 1922s when his tomb was excavated, The Egyptian Museum is one of the first stops on most people’s itineraries when travelling to Egypt. This distinctive museum that houses a vast store of priceless objects, from earlier time to the Greco Roman period is worth seeing.
Before extending your trip you will be served with a warm delightful lunch meal at a high quality restaurant.
After lunch, proceed to Old Cairo to visit fascinated built wonders such as the Hanging Church that was built in 3rd and beginning of the 4th century. also in the Basilica style., the Abu Sirga Church and Ben Ezra Synagogue which dates back to the beginning of the 15th century AD It was built in the Basilica style above the cave in which the Holy Family took refuge. End your tour in Cairo with a visit to Amr Ibn El-aas mosque which is the very first mosque built in Egypt.
You will continue to explore Then transfer the Citadel of Salah El-din, where you will see the view of all Cairo, as you will visit Mohamed Ali Alabaster Mosque which is considered the largest to be built in the beginning of the 19th century the ruler of Egypt (1805-1849) who ruled Egypt over 45 years & it is built in Turkish style
There you will drive to Khan El Khalili Bazaar, (if there's enough time), one of the most famous and oldest bazaars in the Middle East, you will be transferred back to your hotel. 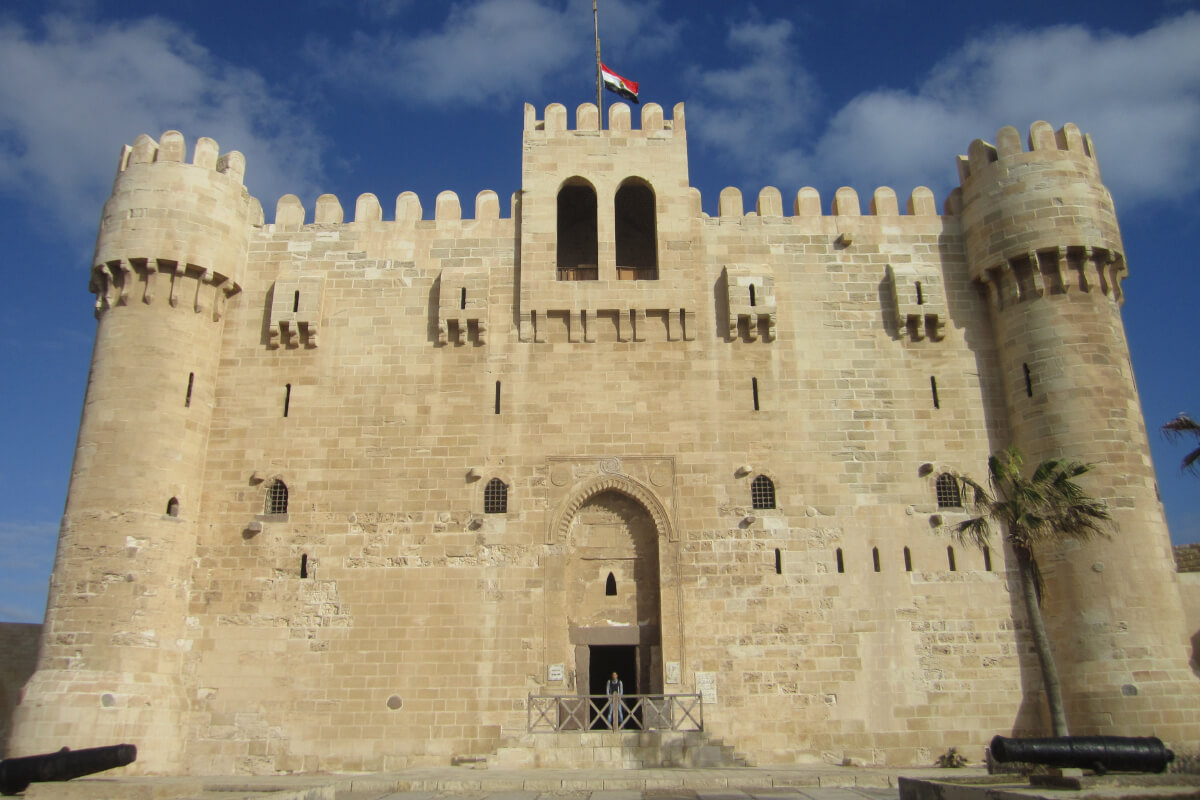 Breakfast at the hotel and then you will be escorted by your private guide to visit Alexandria City, the second largest city in Egypt known as “The Pearl of the Mediterranean. Visit to the Montazah palace and Gardens, See the Montazah palace and Gardens (Salamlek palace, Haramlek palace, a garden of 317 acres of huge trees and flowers, two 5* hotles-Helnan and Salamlek). and Then you drive to visit Pompay's Pillar. It was constructed in honor of the Emperor Diocletian at the end of the 4th century. Originally from the Temple of the Serapis, it was once a magnificent structure rivaling the Soma and the Caesarean. Then you drive to visit the Catacombs which are the largest Roman Cemetery consisting of three levels cut in the rock.
Lunch at local restaurant in Alexandri
Then you drive along the Cornish to see the whole city passing over bridge of stanly land mark of modern Alexandria
and then we proceed to see the Qaitbay Citadel which was built on the site of the ancient pharaohs (lighthouse) of Alexandria then to Bibliotheca Alexandrina. ). and Then you drive to visit best sites in Alexandria Start with NEW library of Alexandria (The Bibliotheca Alexandrina ) the biggest library in the world now with 8 million books, Site of lighthouse one of the seven wonders of ancient world Finally you will drive back to your hotel in Cairo. 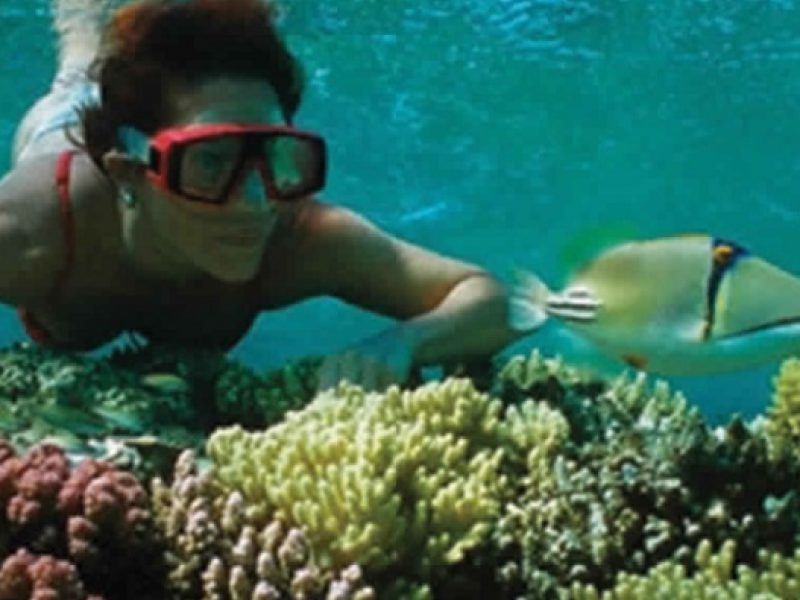 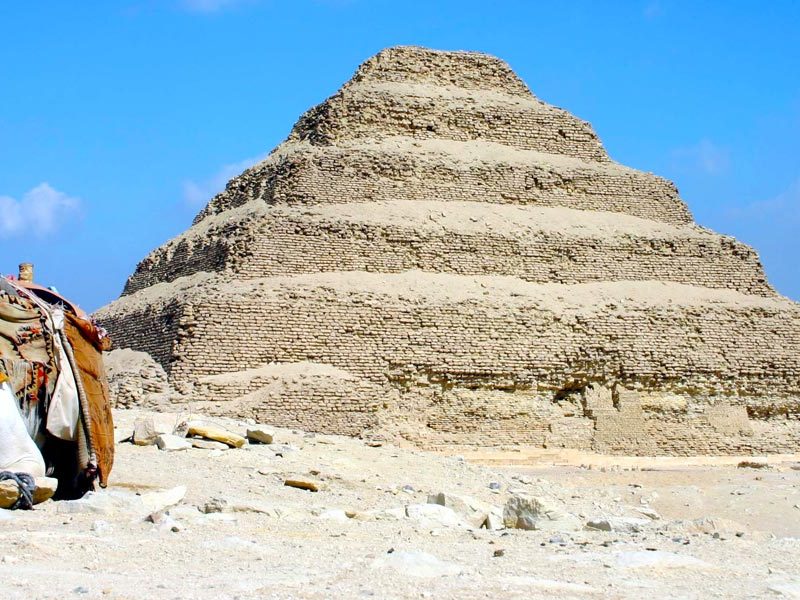 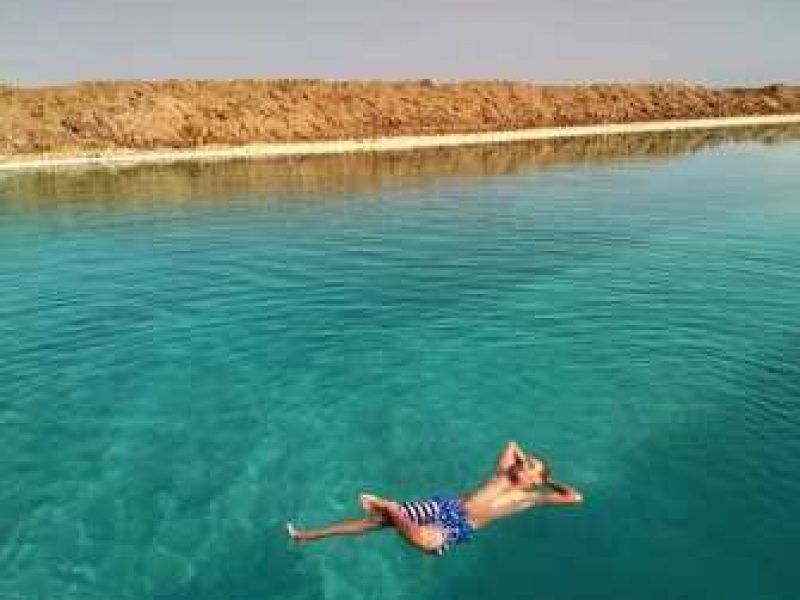 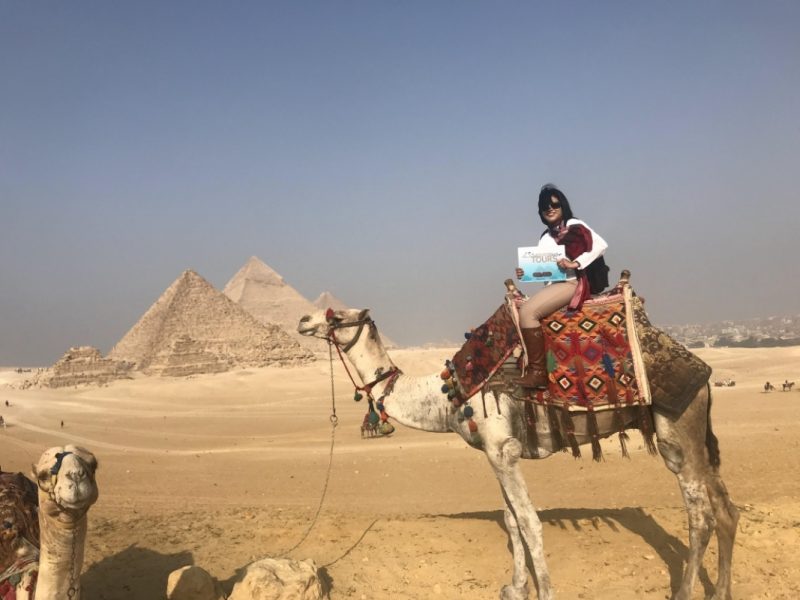